The town shares the same Native American rich early history as neighboring town Massapequa since they were likely regarded as the same piece of land during the initial founding. However, the street names in Massapequa Park contain more references to Irish Culture than Native American culture, due to the real estate firm that later played a large role in the development of the area led by Michael J. Brady, Frank Cryan, and Peter Colleran.

In the 19th century, Massapequa Park became a popular place to relocate to from Brooklyn, especially for those of German Descent.

The prominent relocation of Germans to the area led to the community being known as “Wurtenberg” or “Stadtwurtemburg”. The main attraction of Wurtenberg was the Woodcastle Hotel, which was built on Front Street in 1858 next to the fire department. The Woodcastle Hotel was a popular summer resort at the time for those who lived in New York City because it was not too far of a trip and offered great access to beach areas.

Ironically, the Woodcastle Hotel was destroyed by a fire in 1952 even though it was located near what is now the Massapequa Fire Department Parkhouse.

The area's population exploded in 1928 after the New York Times published several advertisements about the newly founded area “Massapequa Park”. To maintain control of land use and other general issues, the town became an incorporated village. In 1931, The Incorporated Village of Massapequa Park was created. The Massapequa Park Zip Code is 11762.

The Village of Massapequa Park once featured its own airport, known as the Fitzmaurice Flying Field! The airport was named after famous pilot James Fitzmaurice and 100,000 people came to the name dedication ceremony on Spruce Street in 1929.

The Incorporated Village of Massapequa Park

The Incorporated Village of Massapequa Park was created to ensure proper control over the use of land and other general issues. The Village consists of several departments including a mayor and board of trustees.

The other boards within the Village of Massapequa Park include a planning commission, zoning board, and ethics board. These departments ensure everything within the town runs smoothly from traffic flow, set and maintain parking requirements, respond to petitions, and ensuring all of this is done with respect to the State Code of Ethics.

A town hall is defined as a building used for the administration of local government. The Massapequa Park Town Hall is located at 151 Front Street in Massapequa Park and consists of several departments that maintain various responsibilities.

The Massapequa Park Town Hall Consists of the following departments:

The parks located in Massapequa Park offer a great variety of amenities between them. Visit the dedicated page for each park to decide which park will best accommodate the activities you plan on doing and directions!

Important Note: If you are looking for the Massapequa Park Senior Center, it is located in Brady Park. 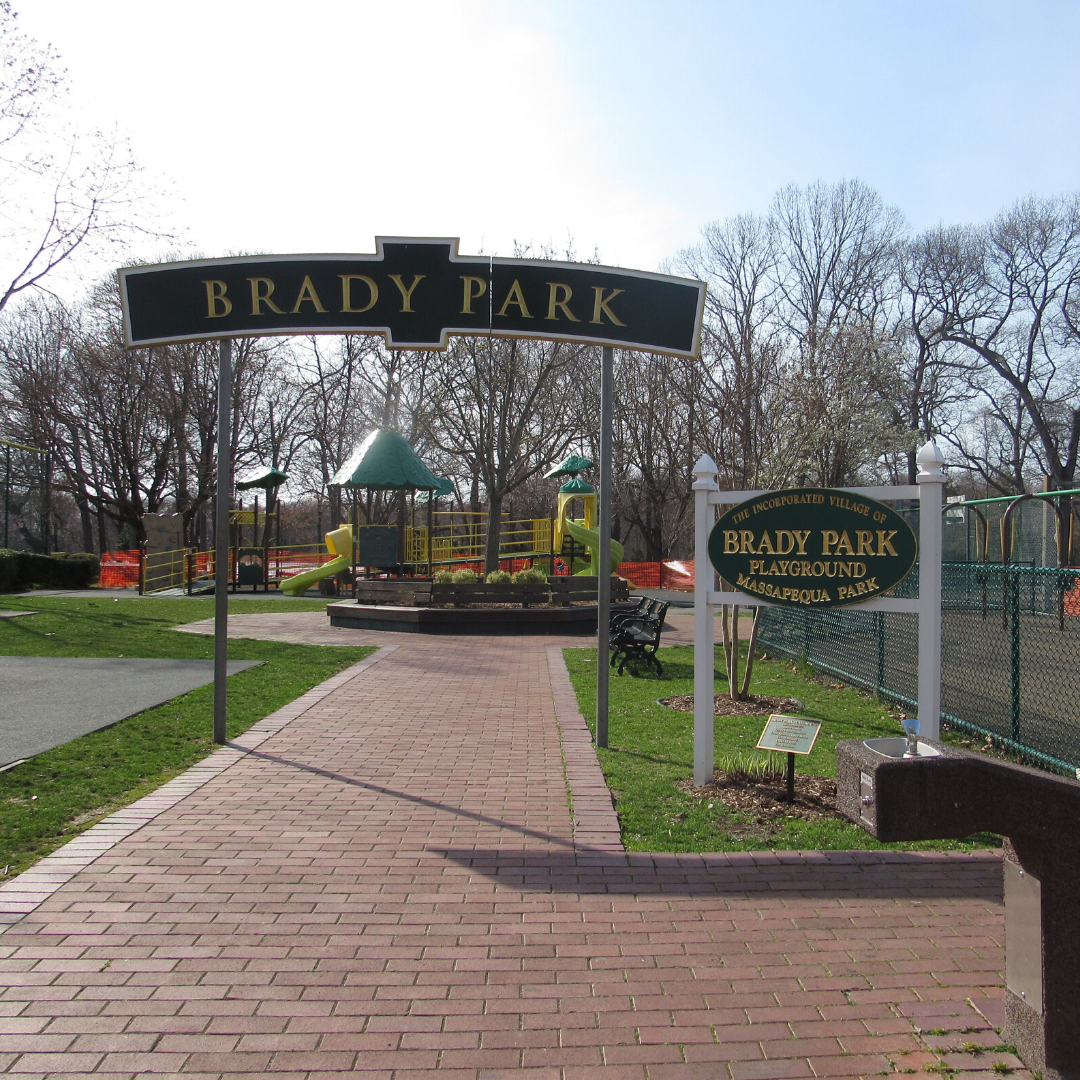 The Massapequa Park Street Fair is an annual event that takes place on Park Boulevard, usually during late summer. Park Boulevard, typically a busy main road, is transformed and jam-packed to act as a marketplace with 150 vendors that offer several one-of-a-kind items that cannot be found in other Massapequa stores.

Popular handcrafted items include jewelry, handmade soaps, handmade candles, and many other unique offerings made by local businesses.

There is also plenty of entertainment and festivities at the Massapequa Park Street Fair In addition to the abundance of vendors that this event offers. Usual activities include Outdoor Oyster Shucking, live music, face painting, and more! There is certainly something here for everyone in the family.

After spending some time browsing the various merchants, you can grab a delicious bite to eat from one of the sponsoring Massapequa Restaurant Vendor stands. There are typically plenty of options here to satisfy any craving that you may have.

Be alert for signs around town over the summer that will announce the dates of the Massapequa Park Street Fair for this year, as it usually changes. However, it is typically held in the month of August, so pay close attention throughout the summer for announcements!

Want to be a vendor for the Massapequa Park Street Fair? Contact us for more information!

Technically, no. Although both towns share many of the same characteristics and even partially the same name, they are classified as different towns. This is because Massapequa Park is an Incorporated Village and the town of Massapequa is not.

However, the local Massapequa Community knows that they are essentially the same thing, as kids from both towns attend the Massapequa School District. Therefore, if you have been looking for houses in the area because of Massapequa Public Schools, you can expand your search to Massapequa Park as well.

What school district is Massapequa Park?

Kids that live in Massapequa Park attend the Massapequa School District which has elementary school buildings spread throughout both towns and funnels into Berner Middle School for the remaining years of grade school.

Despite much confusion, Massapequa Park is actually a town and not a park. However, there are some great parks within Massapequa for sports and other outdoor activities with standouts being Brady Park and John J Burns Park.

Where is Massapequa Park, NY?

Massapequa Park, NY  is located on the South Shore of Long Island in Nassau County. Surrounding towns include Amityville, Seaford, and Plainedge.